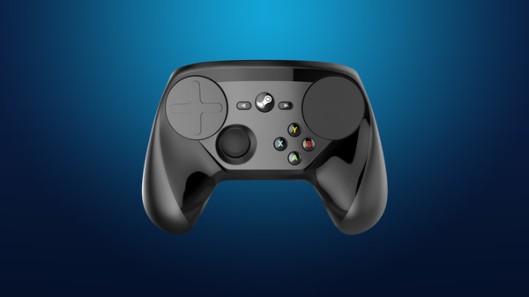 Several months ago I decided to treat myself to some new tech. I had been in the market for a new controller. Instead of going with a controller that I was positive would work, I decided to take a chance on the Steam Controller. Opinions from my friends, and most of the reviews, were polarized. People either loved it, or hated it. Me? I like it. Not love or hate. It works and I readily recommend it. If you’re gaming via Steam, I think you should consider the Steam Controller for yourself. If you have a friend who owns one, try it out. But as the first person in my circles to actually own one, this is not a requirement. Many of the problems I have had personally were due to my lack of experience. Everything you need to truly master this controller is out there. It is a credit to Steam that this is the case.

There can be a bit of a learning curve BUT you aren’t alone.

In putting both my controller and computer through their paces to see what both could do, I played games that I am familiar with. I strongly recommend you do this too. This lets memory and instinct teach you. You know what each button should do, and you can use that as a guide to teach you mapping. I had ample success with a lot of 2D platforms, 3D third-person RPGs, and third-person hack-and-slash titles. However, I could not get down twin-stick shooting. Which made playing the Saints Row series, one of my favorites, plain impossible. I’d had trouble with Middle Earth: Shadow of Mordor for the same reason. If it wasn’t for the time slowing mechanic my bow would have been wholly untouched.
In doing some reading I came across this article from PC Gamer which detailed some finer points of input options that had eluded me. And, changing my right trackpad to “Joystick Move” rather than “Joystick Camera” made so much difference that I got to the end of Saints Row: Gat Out of Hell the same day.
If, by preference or necessity, you play older games, you’ll often find templates that emulate full controller interface made by Steam community members. Newer games are often plug-and-play. Every step of the way you’ll have help in getting your controller to be an extension of yourself.

Older games don’t have modern mapping BUT this is true of other controllers.

Modern games have all recognized the Steam Controller as an Xbox controller, and have displayed hints and button combinations in that format. And, as my last PC controller was a wired Xbox 360 controller I can attest for the functionality of both. For the older games that I have played, I tend to get keyboard mapping no matter what. So during a quick time event I may see “Z > V > M” rather than “B > Y > A”. It can be frustrating trying to remember corresponding button-to-key matches suddenly. Sadly, there is little way around this other than simply knowing which buttons correspond where. I tested this in Final Fantasy VIII. It has an early segment in which you enter a code to decouple train cars. No matter what I did on either controller I had to translate from the keyboard mapping. The advantage with the Steam Controller is that you can re-map keys as need be.

Steam Big Picture must be running while in use BUT there is functionality outside of it.

I found myself pleasantly surprised at one point in which I had changed windows and Steam was merely in the background. I was able to navigate my web browser using the Steam Controller. I haven’t tried playing a non-Steam game just yet. I find the fact that it can go beyond gaming interface as promising. This facet will need more thorough tinkering, so an Addendum may come regarding this.

The shape of the controller breaks convention BUT you’ll likely get used to it.

Do you remember the first time you held an N64 controller and how strange it felt? Did the original Xbox controllers feel big and clunky compared to other controllers on the market? “I don’t know how I’ll ever get used to this…” I remember echoing with many of my friends. But what happened? We played the games, stopped thinking about the controller, and got used to it.
Playing with the Steam Controller felt this way at first. Knowing that I spent a thousand hours with The Elder Scrolls alone, I have a lot of muscle memory to overcome. However, at the end of nine different games for the sake of play testing I am accustomed to it. I still have some slight trouble lacking a right stick, but I am overcoming it.

It isn’t always Plug-and-Play BUT it is always completely customizable.

When I first got my Steam Controller I decided to play games I knew to get the hang of how everything worked. I recommend you do the same. At the time, my computer would handle the PC ports of Final Fantasy VII through X/X-2, and that was about it. I put in a noticeable amount of time on VIII. As I said above, I did have some mapping issues since the game itself is so old. And while other users posted templates, I decided to make my own.
The Final Fantasy remakes of VIII, IX, X, and X-2 all have Game Boosters. These built in boons range from speeding up the game to nigh invulnerability. These were set up to only active with a keyboards’ Function keys (F1, etc.). There was no corresponding button on a controller. While one could just use the keyboard, with the Steam Controller mapping you can set these functions onto whatever button(s) you wish. But if all the buttons are spoken for on modern games, where would they go…

There are buttons on the underside of the controller.

Part of me wants to call these “belly buttons”. These two buttons lay on the underside of the grips of the controller. One left, and one right. For my purposes, I tend to set up auxiliary functions to this. Mimicking a hot key for a healing item is a wonderful use. These are also perfect for the above scenario regarding the Final Fantasy series game boosters. For example, Final Fantasy X and X-2 utilized PlayStation controller layouts, all the buttons on other modern controllers are mapped. I put the Fast Forward toggle on one button, and the Recovery+Damage boosters on another.
This is another boon: Placing multiple functions on a single key.
I was able to re-acquire DMC: Devil May Cry recently. One major difference from the original series is that the Devil Trigger function requires two buttons simultaneously instead of one. Even in the options menu using Devil Trigger requires “Cycle Target + Center Camera” inputs. If you tend to use it like a panic button this can be problematic. However, you can set one of the underside buttons to use L+R and thus activate Devil Trigger from a single button press. If you played Middle Earth: Shadow of Mordor you can have this same mapping for the Ultimate Weapon Techniques.

In summation this controller comes with my endorsement. It’s solid and sturdy, yet operates smoothly. Problems that you may have with it can be answered potentially by myself and, failing that, the rest of the Steam community at large. For modern games it is plug-and-play with the bonus of being able to edit controls however you see fit. I feel it is indeed worth the standard $50 asking price. It is regularly on sale for $30, which makes it a comparable purchase to a wired controller. I am happier and happier still six months in. If you are considering purchasing it yourself, I personally don’t think you can go wrong with a Steam Controller.

I have played a whole host of games since writing this review. Every game I’ve reviewed has been played with the Steam Controller. It’s nuances have become strengths, and I have more to learn.

I spoke earlier about adding a non-Steam game and testing it. While I haven’t had the opportunity to fully do so I had some success with Final Fantasy XI. Running the MMO and using the Steam Controller let me run around and do some basic selection. Fine tuning is required. I will likely have to independently map the control scheme to suit me, but I look forward to doing so. Otherwise, my time spent with The Elder Scrolls IV: Oblvion and V: Skyrim (review on the back burner for the month) has made it such that I can easily navigate the internet with my controller.

I can’t get all my games to run (Prototype), but those that do run well with this controller. The ONLY “problem” I had came from the Marvel: Ultimate Alliance games (review(s) also on back burners). Those games read the keyboard/mouse as a controller even over actual controllers. This has led to me needing to go into the Option menu every time I start up the game and switch Player 1 and 2 from keyboard/mouse>controller and vice versa. Sometimes I have to cycle the Steam Controller off then on in the Options menu, but that’s it. The Steam Controller will turn off by holding the middle button with the Steam logo, so it is not a big deal at all. I chalk this up more to programming from porting the games than any fault of Steam.

At the risk of sounding like a broken record, my affinity for this controller grows. It is worth the investment of both time and money.