PCs: These are the characters held by living, breathing individuals

Seeking to calm his ever troubled mind, Seraph left his home of San d’Oria. Having been given an open invitation to come to Bastok, the Elvaan made his way to the home of his friend Saint. There he first heard of the Aradijah continent, and the wonders held by that place. As swiftly as he could, he found his calling: He had been born with the power of Blue Magic. His potential being drawn out, he now seeks out his once lost compatriot far beyond the borders of the world of Vana’diel.

Having set out under his own power for the first time and returing triumphant and alive (barely), Seraph prepares his next steps out into the world, truly alone and for the very first time.

However, his own growing power and experience has coalesced into his grimoire, a book originally gained upon his induction into the circle of Scholars, acting more independently. Even though his training with it is low, it seems to hunger for knowledge just as Seraph has heard of other Blue Mages hungering for greater power. While not having trained with a high amount of fervor, he did take the time to read the tome. However, it by and large lacked any of the magical properties he associated with Scholars. Until he returned to Whitegate. At that point, and after some time with Aisha, it began to act with a life of its own. It seemed to crave knowledge and makes itself useful by recalling anything Seraph has learned. So, unlike Aisha who writes everything by hand (and occasionally magic or tail), Seraph merely has perceive something once for him to call it back up. Anytime there is the potential to learn something rare it will come out and, almost like a begging pet, try to be cute and coax out the information from the informant. Seems to have a strong dislike for the Immortals in general, primarily because none of them can explain the full workings of the staging points.

Seraph is not the first, and probably not the last, Blue Mage. While a long tradition a the Immortals are beings with a troubled past. To wield the power and not become ruled by it has become

While young, Saint is a practiced and mighty Dragoon in his own right, keeping proud a once dying tradition. Never seen far from his side is Lumiere, his Wyvern companion. The two function as one being, holding the ability to bringing the mighty Dragons which roam the world to their knees. It was Saint who brought Seraph into an adventurers’ world. It was he who fostered his growth, and gave hope to his Elvaan friend that the world had a place for him and his unusual perception.

Now long lost inside the realm of Abyssea, Seraph continues clawing his way upward, hoping to become powerful enough to search out his one-time mentor.

Erpalacion, is often considered the “The Last Dragoon” history marked upon Vana’diel. 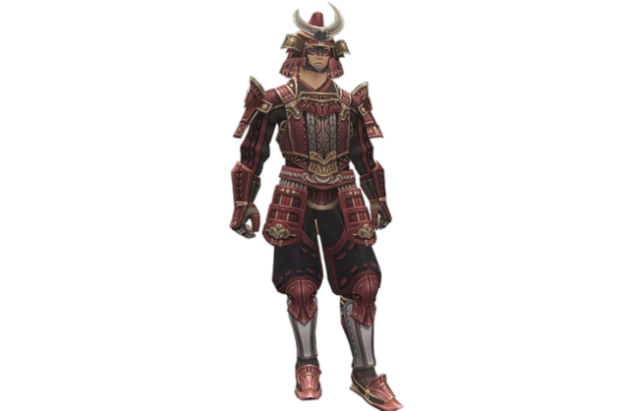 Well practiced in the arts of Far Eastern swordplay, the ever enigmatic Raizensun has been an ambient figure since Seraph’s first day of adventuring. While they could stand in the same spheres, Saint could not help but acqueiesce to Rai’s well honed talent. Being attuned as one singular entity with his sword, the inniquity of demon kind roaming the physical plane are wary of this proven Samurai. Both young, there are places Rai can go that neither Saint nor Seraph would dare. Seraph has a long way to go before he and Rai can stand on equal footing. However, in the meantime, his friend looks out for him, often by providing Seraph with new weapons and pertainent advice.

Hearing of his plight with other linkshells, Rai brought Seraph into the fold of Moghat.

Rallying against the curse of Cowardice placed upon his people, Sogomi places himself on the front lines of combat wielding black burning powers against the foes that would assail his friends. The diminutive Dark Knight serves as a sackholder of Moghat, one of his primary responsibilities to screen prospective members. Unbeknownst to Seraph, this was the first face he wore when the two met. In spite of being outwardly serious and focused, seems to have a facination with Ninja.

In Game NPCs (in no particular order)

Soon after arriving in Whitegate, Seraph landed in the clutches of Raubahn. Right hand of the Empress herself, he commands an elite group of powerful Blue Mages, the Immortals. For the sake of the Empire, it is his duty to breed the potent fighters.

Raubahn has aided Seraph but a few times as he has grown in power. Since meeting in the Imperial Palace, he has used Waoud as a go between, but to what end is unknown.

Between Raubahn and Waoud, Seraph happened across Yasfel. It was from this man that Seraph first heard “Immortal” spoken plainly. By taking his hand he accepted his role in the wider world.

Thus far the only senior Immortal that has been confirmed is the commander himself, Raubahn. Yazquhl appeared in the lead of the group that tried to capture the Seagull Pharatrie. However, no chain of command has been officiall noted.

A seer hailing from Whitegate, he plies his trade from a place known as Heretic’s Alley. Commonly dismissed as a hairbrained soothsayer, Seraph has come to know Waoud as a go between to contact Raubahn. How the two know one another is one thing Seraph has yet to understand.

"The Beauty of Death"

Originally a Corsair, hailing from Aradijah. Met Seraph upon his original outing to Whitegate, she warns him of the dangers of Blue Magic and those that use it. From how she tells it, her return to the mainland is to refill her coffers. Is angered by his awakening as a Blue Mage. However, she chooses to fight along side him, if only to learn more about her foes, the Immortals.

Recently, Seraph and Clearite have taken to assisting a Mithra by the name of Luto Meriwah. Distrustful of her, she has begun using the moniker “Lashiel” in dealings with her. Keeping her identity a secret, she also does not act as a Corsair on the mainlands, but has not mentioned even to Seraph what job she poses as.

In the game Clearite is not a mere inert NPC. Instead, she is one who can come to Seraph’s aid if he calls for it. Curious? See other examples of Adventuring Fellows here.

Assigned by the MHMU (Mog House Management Union) to manage Seraph’s moghouse. Seraph paid little heed to the attendant uncertain if his role was willing but after a few short meetings and several reassurances the Elvaan came to value the little winged one as a friend. While Seraph does not have a habit of leaving loose ends to be taken care of around the house, Makar does his job admirably, caring for all the matters while Seraph is away from home for long spans of time, which is something that occurs with an evermore alarming frequency. Maybe it is the partly due to the fact that Seraph is so hands off and self sufficient that leaves Makar liking him so much?

With a variety of talents, Makar performs several types of maintenance and upkeep not only to the house, but to Seraph’s gear. Even in his sparsely furnished abode the Moogle can find places to keep everything that Seraph finds to be surplus.

With MMOs being massive and such things as names needing to be stored, Moogles do not have individual names. I find this sad. Everyone’s in house moogle is an integral element to their gameplay, so I felt that making mine a character would be fantastic. This name is taken directly, and used in homage to, Makar from The Legend of Zelda: Wind Waker. The little guy shakes when he walks. That’s really why I like him so much. He’s like a fiddle playing, living maraca. Also, as I don’t really know what Moogles are Makar tends to break the fourth wall, typically with anime references.

Amongst the childhood friends Seraph think on, Vulilu is forefront in his mind. She always had leaning in the magical arts, and her analytical mind served her well. Seraph, conversely, was concerned only with what he could tangibly perceive, his innate cunning throwing many off. Among their friends they worked together to hone intellect and instinct, making their group rather formidable in their playful childhood circles.

When Seraph left without as much as a farewell, none were as confused as Vulilu. While not speaking for long, she was happy to see him thriving when she cornered him in Selbina. She hopes that he finds peace soon and returns home.

She is the only other person that Seraph knew personally before his adventuring who could tangibly see magic power flowing off of entities in the world in any way similar to himself.

This Mithran Scholar is the friend to Clearite. Thus far, Seraph has only seen her in Whitegate, although she claims to spend little time there. It is through her that his grimoire sprang to greater life.

A Warrior deferred to as the leader of the group of Elvaan in Seraph’s childhood. Headstrong and overt, she is typically the driving force in many of the groups actions. However, it was usually left to Vulilu and Seraph to work out solutions if (read “when”) things turned bad.

Not being very strong willed, this Elvaan follows Xaran as a matter of course. His choosing of the Red Mage profession even speaks to his inability to set to one path. His ever reaching mindset has served the party well, as it led to an expansive versatility. Being the next best thinker under pressure to Seraph, Vulilu has depended upon him to help temper Xaran’s pull. This has not functioned well, as he will falter under Xaran’s indomitable will.

A serious demeanor hides a very timid young man. Given over to a flight-not-fight reaction, Bahne makes for an impressive White Mage. Keeping Galav and Xaran in the fight as a matter of course, it is only so he does not become the target himself.

The eldest of Seraph’s friends from his home in San d’Oria. Grew from “Big Brother” to “Old Man” over the course of the groups’ evolution. Tries to reign in Xaran and his younger friends, but to no avail. Even still, he protects the group with the ways of the Monk, calm and with his bare hands.

This site uses Akismet to reduce spam. Learn how your comment data is processed.